The PLANE SET includes a heavy base and one flexible stick. 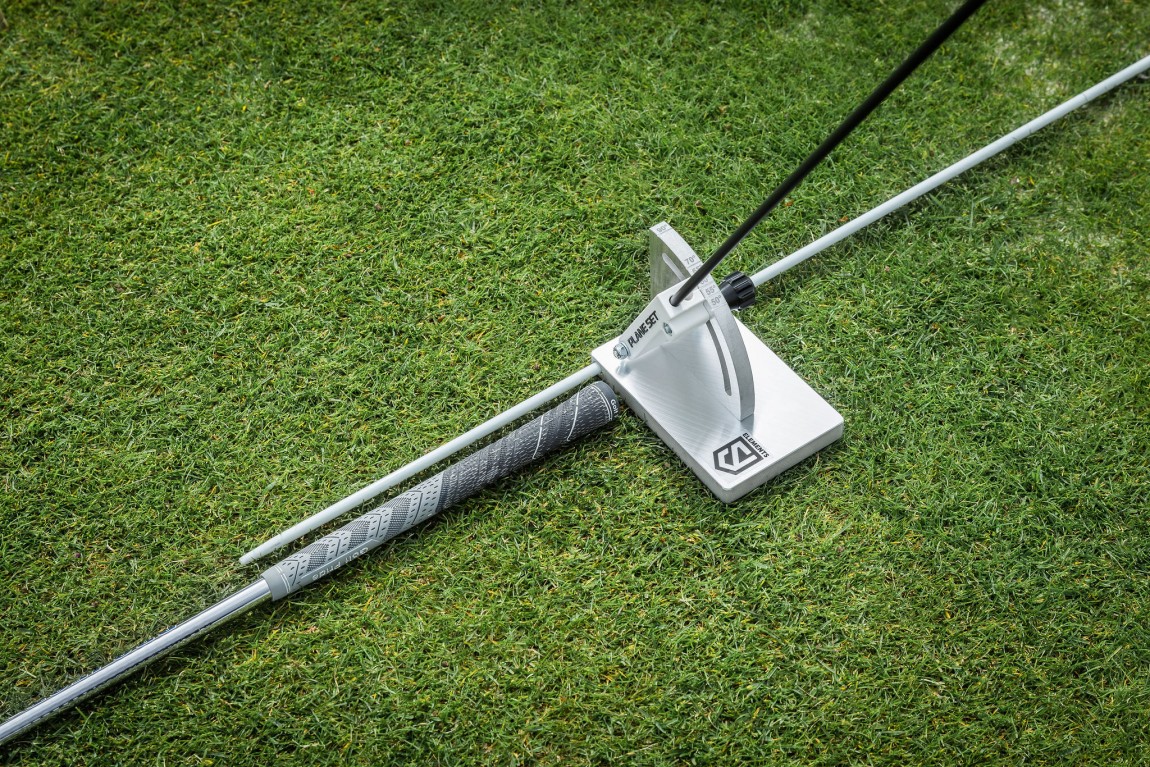 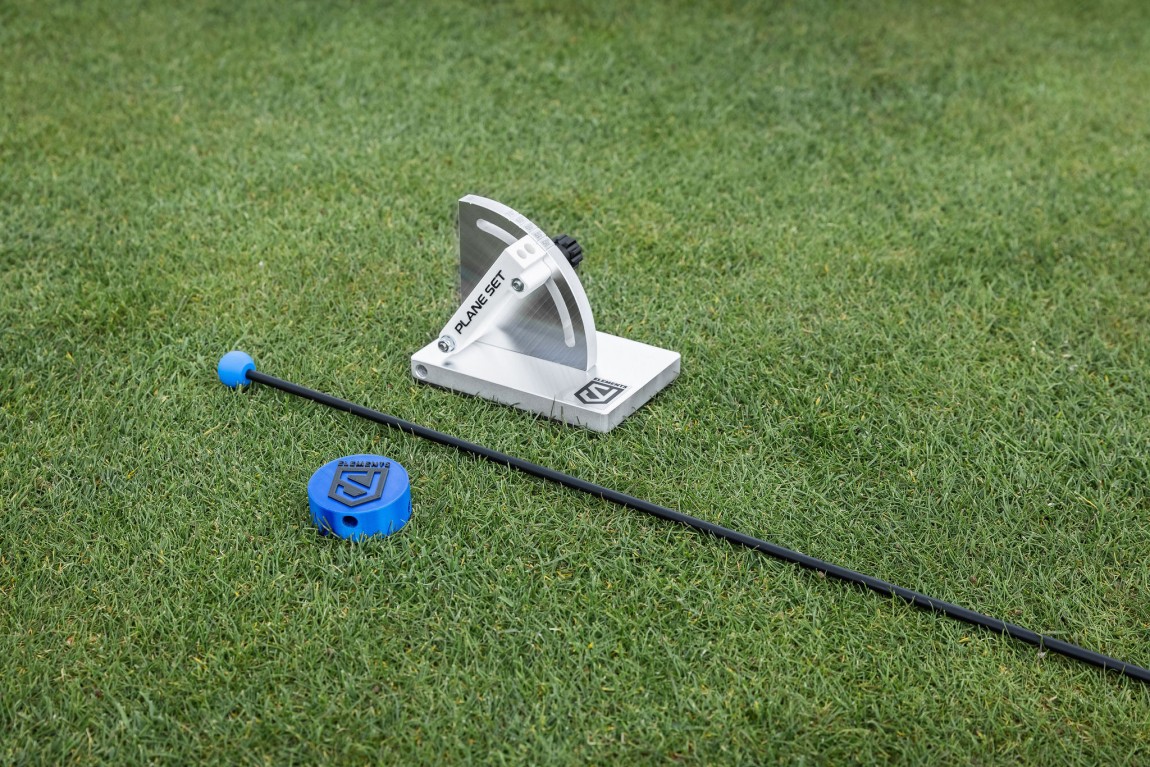 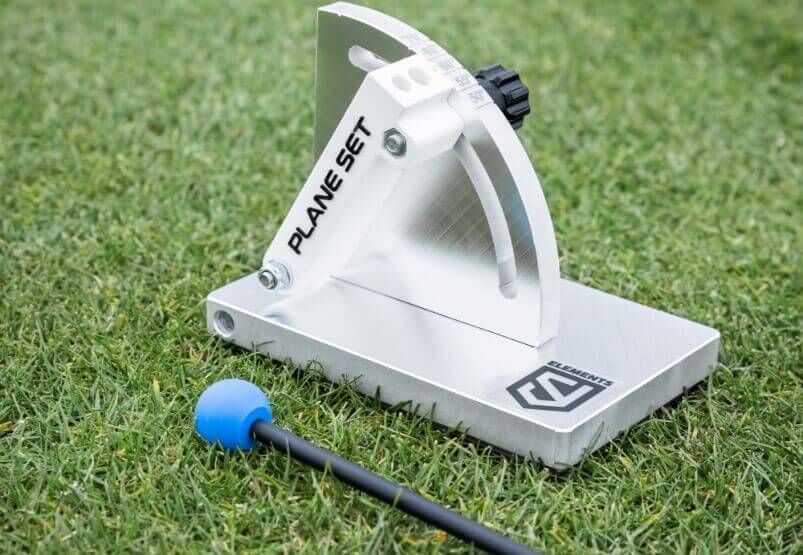 1. Adjust the angle of the stick so it matches your shaft angle when you are in your address position as shown bellow.

2. Set a ball down, then take the club you will be hitting and place it between the ball and PLANE SET as shown  in picture bellow.

3. The PLANE SET should be one club length from the ball. Club placement detail to the PLANE SET is evident in picture bellow.

Sample exercise: If you struggle with the common over-the-top swing move which produces a slice, practice the following drill and turn your shots into powerful draws.

The Goal is to swing above the stick during up-swing and bellow the stick during down-swing. This will ingrain an in-to-out swing path and draw ball flight (as figured above). Have fun and keep working hard to develop a perfect, repeating swing. 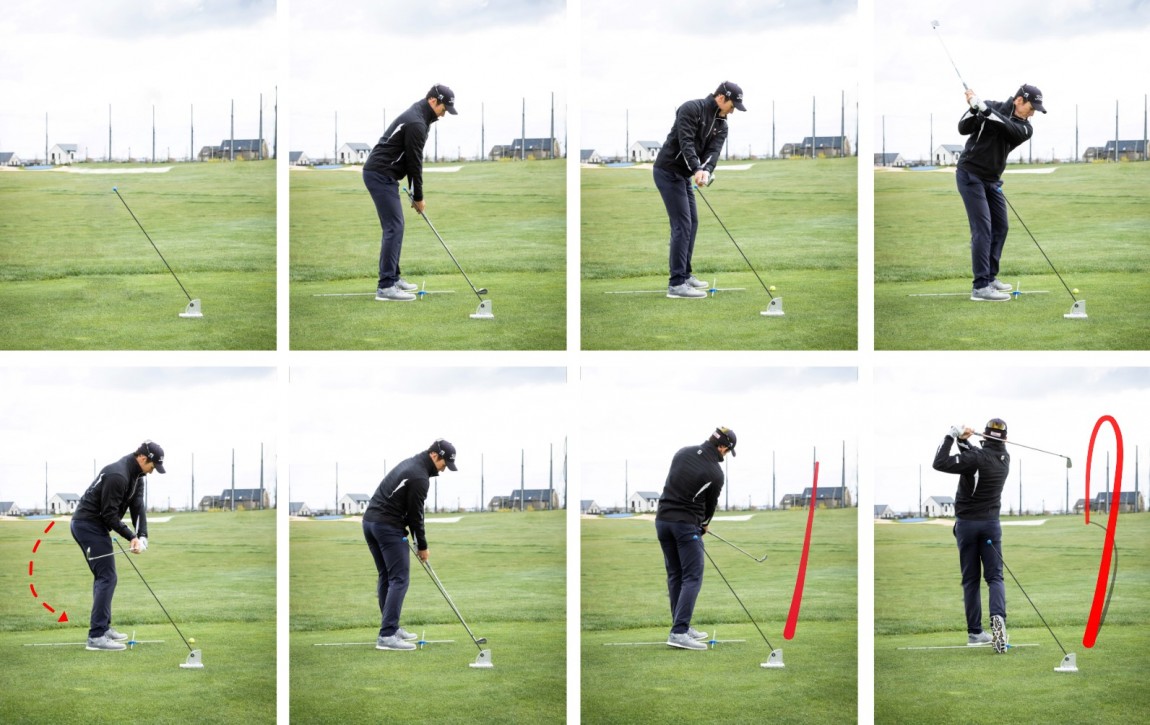 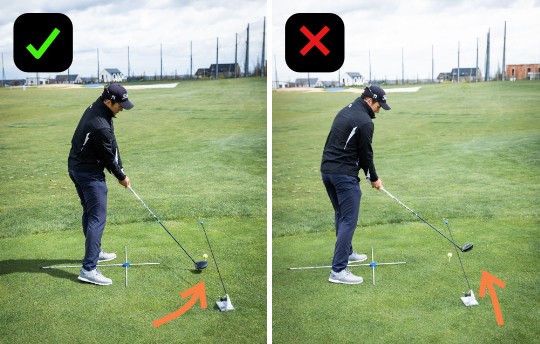 When playing with iron, it’s our intension to hit the ball while club head is moving down to the ball (negative attack angle). But opposite is true when playing with driver. In fact, hitting up with a driver is beneficial for maximizing distance.

Place the PLANE SET as shown in the picture. Swing underneath the stick, miss the stick and hit up on the ball (picture left). If you hit too much down you will hit the stick (picture right). 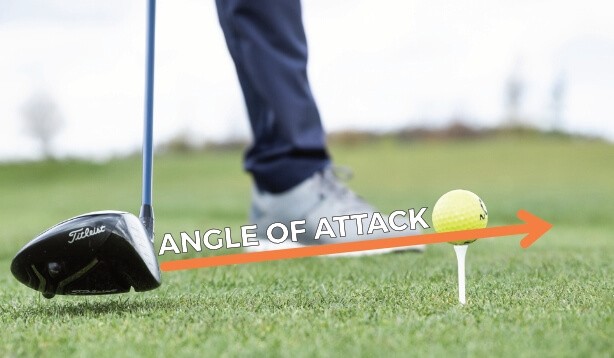 3. Too much hip slide

PLANE SET can be used as a barrier if you have a problem with too much hip slide/sway in the downswing. Excessive hip slide can cause problems with consistent ball striking.

Set the PLANE SET as shown in the picture and you will feel the touch of the stick when you slide the hips too much instead of rotation. 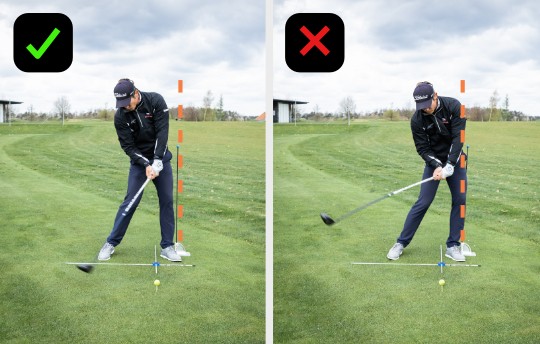 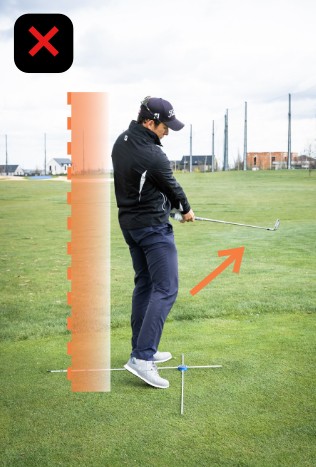 Early extension is defined as forward movement (thrust) of the lower body towards the golf ball during the downswing. This swing characteristic causes the arms and club to get stuck behind the body during the downswing, and forces torso to raise up and elevate through the hitting zone.

Try the following drill. Setup a stick on your lead side around three inches away from the hands. Take a shorter backswing and work the hands left through the ball trying to avoid touching the stick and thus prevent the early extension.

The stick is flexible with a rubber ball at the end - no risk of injury. If you hit the stick it bends or PLANE SET falls down. You don't have to worry about getting hurt or demaging your golf club. 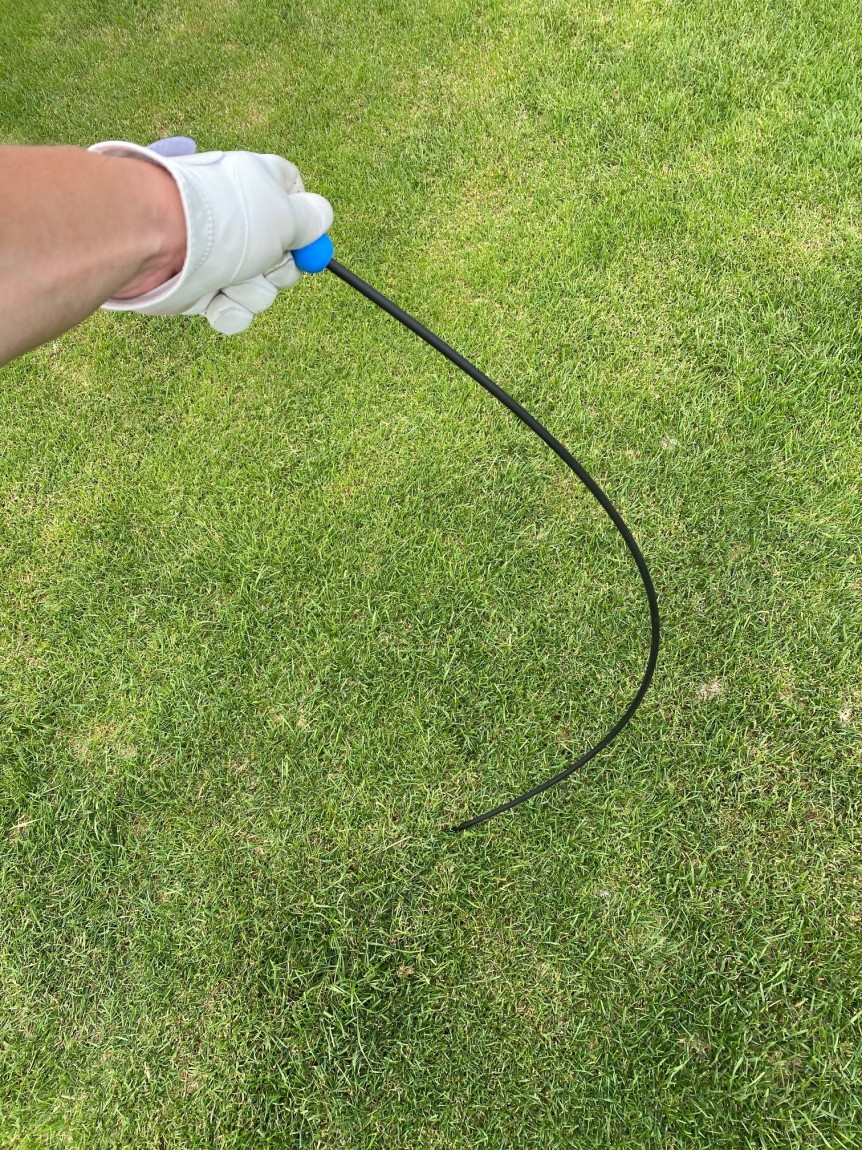 The PLANE SET includes flexible stick which we recomend for training. However, the holder has two holes and thus allows the use of a conventional alignment sticks with 8 mm diameter. 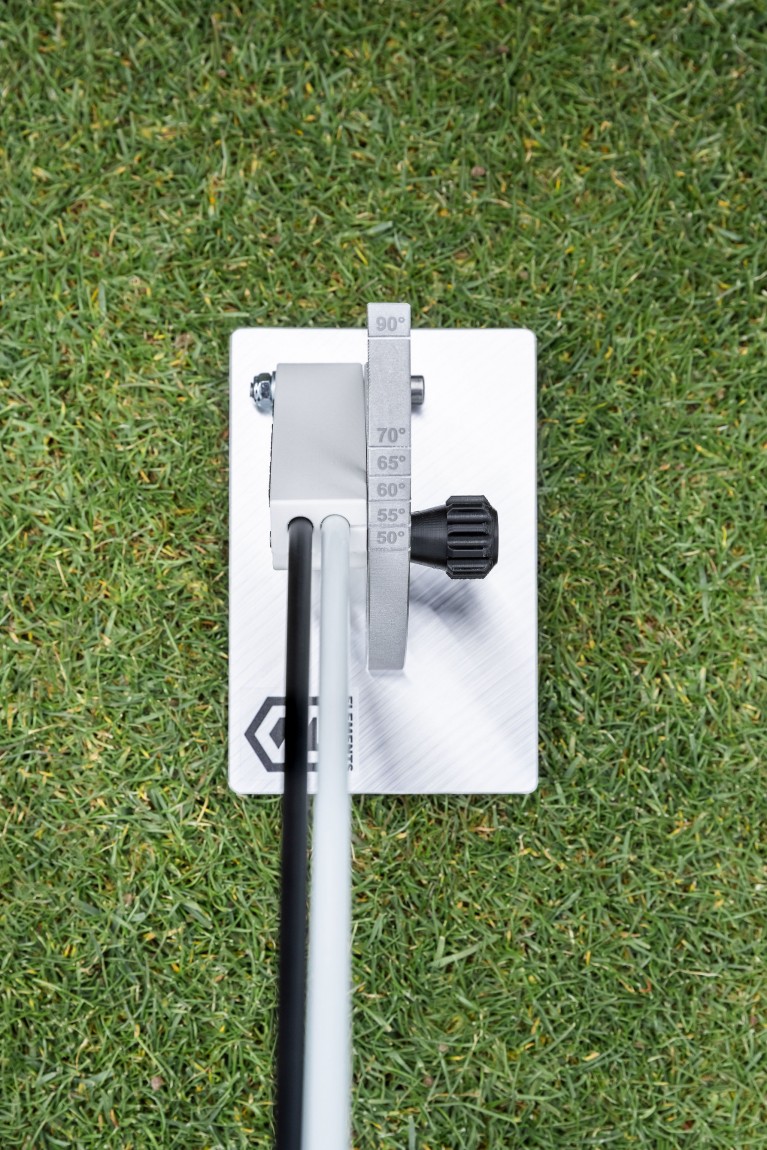 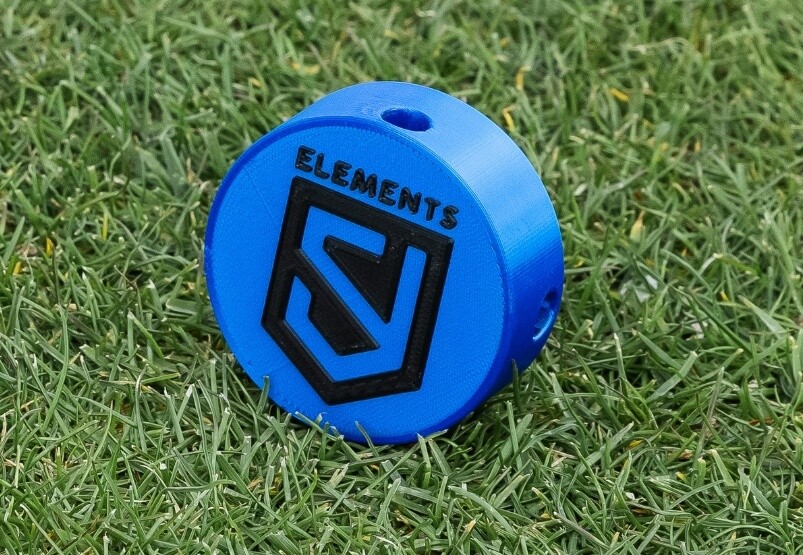 Correct ball position is crucial for quality ball striking and shot shape. You can buy additional product: The Connecting clutch (wheel) which works with 8 mm alignment sticks. Set the sticks perpendicular by giving you a reference position of the ball relative to the feet.